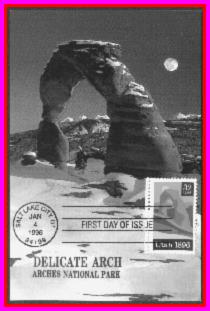 While not well-known in the United States, maximum card creating and collecting is a popular hobby in other parts of the world, especially in Europe.

The easiest way to learn about maximum cards is to look at an example. You might have a postcard--let's say--of Marilyn Monroe. You would obtain the Marilyn Monroe stamp that came out a couple of years ago. You put the stamp on the picture side of the postcard, so that collectors can see the connection between the stamp and postcard. Finally, you send the postcard with the stamp on it to a Post Office that is tied to Marilyn Monroe. This might be where the first day of issue is. It might be a city with which Monroe was connected. Or it might be the city in which she was born. In the case of Marilyn Monroe, Hollywood is an ideal postmark, for that is the scene of her famous work. It also happens to be where the FDI took place. 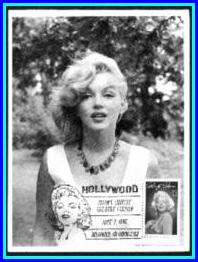 Many collectors carry the idea of the postmark even further, and get an appropriate date. For Marilyn Monroe, and for that matter, any person, the date of her birthday would be a good date for the postmark.

When you have a postcard, stamp, and postmark that fit together, they are said to be in maximum concordance. That is where the name--maximum card--came from.

I will go into more detail about each of these elements later in this article, but that is a general idea of what a maximum card is.

Actually, we don't call it creating maximum cards; we call it "realizing" maximum cards. We don't create the stamp, the postcard, nor the postmark. We "realize" the connection between the various elements.

Just as with stamp collecting, people collect all sorts of different maximum cards. Some collect or realize maximum cards of a particular country--the U. S., Norway, Italy, Portugal, etc. Many collectors focus on a certain topic. For instance, I collect maximum cards about the American Revolution. I have seen collections of movie star maximum cards, teddy bear maximum cards, butterflies, sports figures, animals, parks, presidents, the olympics. Whatever topic you like can make a wonderful maximum card collection.

How, you might wonder, do I go about getting postcards? Some of the easiest ways are to visit garage and rummage sales in your area. Some thrift shops will have old cards you can look through. The postcards don't have to be new. They can be used. As you get into the hobby more you will discover that seeing a postcard will suddenly trigger in your mind a certain stamp that will fit it. Occasionally I will visit postcard shows. I will also do research in the library and find addresses I can write to see if they have postcards I can use. For instance, the United States is going to issue some stamps of airplanes later in 1997. I wrote to the Air Museum and I was able to obtain five different postcards from them of airplanes that will be on stamps. Or I might write to the gift shop in a museum. I wrote to the Frederic Remington Museum Gift Shop to get postcards of his statue "Coming Through the Rye," which is on a stamp. 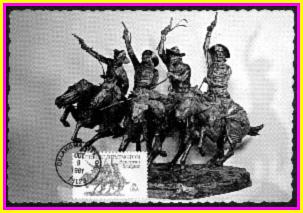 "Coming Through the Rye"

Another idea is that every time you travel, you make a list of possible postcards from that area. Say you are visiting Disney World in Florida. While there, you might get a postcard that fits the Florida statehood stamp that came out a couple of years ago, the one with the alligator on it. Or if you go to Yellowstone, you can get a postcard of "Old Faithful" for a stamp that came out years ago. Or if you are visiting Mount Rainier, you can get cards from there. There are at least three different stamps with Mount Rainier on them. Whenever I travel I always take a list with me of postcards I'm looking for. If your parents travel or if you have relatives in other parts of the country, maybe they can pick up postcards for you. However, be sure to describe the kind of scene you are looking for. You wouldn't want a scene of Seattle, then get back a postcard of the waterfront when what you actually wanted was the Space Needle.

When you select postcards, be sure to get cards that have some light area on them. Otherwise the postmark will not show up clearly. Recently I made some maximum cards for the Statue of Liberty stamp that just came out. I saw some old and beautiful postcards of the Statue of Liberty at night. Unfortunately, I could not use them because they were too dark, and no postmark would show up. The entire postcard does not need to be light, but you should have some area large enough for a postmark.

Once you have just the right postcard (and there are certain postcards that I have looked for for several years now) and you have the stamp, you want to place the stamp in such a way that when it is cancelled, the postmark will show up nicely. If it is a glossy, shiny postcard, you might want to spray the area with Krylon matte finish, which is available in most craft stores. This will allow the ink from the postmark to stick to the surface of the postcard better. Some collectors put the stamp on first, then spray. While others, spray the surface first, then put the stamp on the picture side of the postcard. Some collectors buff the area, to make it slightly rough, so the ink sticks better. Older postcards are much better, for they do not have glossy surfaces.

Once you have the stamp on the postcard, you send it to the Post Office where you want them to postmark it. If it is a first day of issue, then follow the instructions that you would usually follow for FDIs. However, often it will not be an FDI. In those cases, I enclose a letter to the Postmaster. I explain how I want the stamp on the picture side of the postcard cancelled. Sometimes I will request a certain day of cancellation. Oftentimes, I will make a photocopy of the maximum card, showing him on the photocopy in red pen exactly where I want the postmark placed. I also enclose a S.A.S.E. for the return of the postcards, so there isn't any risk of them being put through the mail.

There are plenty of pictorial cancellations that tie in nicely with a stamp and postcard. Recently, I did several on the 150th birthday of Thomas Edison. I did one on George Washington's birthday from Mount Vernon. on February 22.

By the way, for maximum card collectors, the First Day of Issue is not as important as the appropriateness of the postmark. A very good example of this occurred just recently. The First Day of Issue of the new Statue of Liberty stamp was in San Diego. However, that postmark is not nearly as good as getting a postmark from Liberty Island in New York, where the Statue of Liberty is located.

One word of warning. No matter how hard you try, sometimes your maximum cards don't turn right. Maybe the ink doesn't stick to the card and doesn't show up or it smears. Maybe the postal clerk stamps it with the wrong date or puts the postmark exactly where you did not want it. You'll probably feel bad; I know I do when it happens. You can complain to the Postal Service, and I have done that, but it doesn't make your card right. It is an unfortunate but real part of the hobby. If it is any consolation, it has happened to all of us at one time or another. All we do is shrug our shoulders and try again!

If you would like to get started with the hobby of maximum cards, I would recommend that you join our group, the Maximum Card Study Unit of America. It is an excellent way to get in touch with other maximum card collectors and creators across the nation. For $10, you'll receive a newsletter filled with articles, ideas and hints for realizing maximum cards, pictures of maximum cards. Also members can put in a notice in the journal, telling what they are collecting, what they are looking for, and what they would like to trade, etc. You can obtain a sample copy of the newsletter by enclosing a dollar and writing to our secretary, George Constantourakis, 2115 Girouard Avenue, Montreal, Quebec H4A 3C4 CANADA. He'll send you a sample copy, a free maximum card, and information on joining the group.

There are also several booklets out that go into much more detail on the hobby.

Of course, I would happy to answer any of your questions myself. My e-mail address is jknight@accesscom.com.

Jesse F. Knight is the editor of the maximum card journal Maximaphily USA. He is a free lance writer and has written several articles on stamp collecting.

Hope you learned a little about another exciting way to collect stamps. You don't have to just collect stamps. There is so much more to learning about the stamps you collect. Thanks for spending a few minutes to read this article by our guest author. Please take a few minutes and send Jesse Knight an E-mail to let him know your appreciation.for sharing this fascinating way to enjoy stamp collecting. Also, let me know what you think of having articles like this one posted at the "Youth Collectors Zone" by sending me an

message. I will answer every inquiry, so feel free to send me e-mail messages anytime.

Back to OPG Homepage